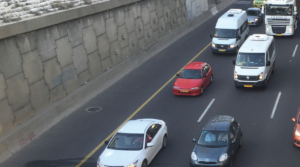 ISRAELIS LIVE in the most crowded country in the developed world. But few understand the cumulative price they pay now that quantity of life has begun to degrade quality of life. Signs are everywhere: missing the wedding ceremony of a dear friend because of an unanticipated traffic jam; being turned away from a visit to a favorite nature reserve because the site has long since filled beyond capacity; waiting years for a day in court because of the backlog; seeing a child fall behind and alienated in a classroom of 40-plus children because an overwhelmed teacher cannot provide minimal individual attention; or knowing that one’s successful children will never be able to afford a new apartment due to the insatiable demand that drives ever-rising prices. Such heartbreaking situations are going to get worse – much worse. On August 14, the Israel National Economic Council issued a seemingly banal, technical publication called “Regional Population Scenarios for the State of Israel During the Years 2015-2040.” The local press paid little attention to the report even though its findings should have troubled anyone who cares about the Land of Israel and the future of the Third Jewish Commonwealth. Distilled to its essence, the report’s three main findings are: Israel’s population is set to expand by 5 million people over the next 23 years; the number of elderly citizens will double; and the percentage of Haredi (ultra-Orthodox) Israelis will increase from 11% to 20%. Typically, population pronouncements by the government are festive affairs; on… MORE